The Jerome L. Greene Science Center is one of two new buildings that will open in Manhattanville this spring. / Photograph by Frank Oudeman

On October 24, President Lee C. Bollinger led a ceremony attended by distinguished faculty, deans, and students, as well as local civic and community leaders and internationally renowned architect Renzo Piano of Renzo Piano Building Workshop, which designed the campus master plan with Skidmore, Owings & Merrill. Piano also designed the first buildings to rise on the campus: the Jerome L. Greene Science Center, which houses the Mortimer B. Zuckerman Mind Brain Behavior Institute, and the Lenfest Center for the Arts.

Read more at the Columbia Magazine article and check out the new Columbia Manhattanville website.

Columbia Alumni Leaders Weekend is an annual conference where the University's top alumni leaders and volunteers gather to exchange best practices, advice, and ideas. Please read more about Leader's Weekend at the Low Down article. 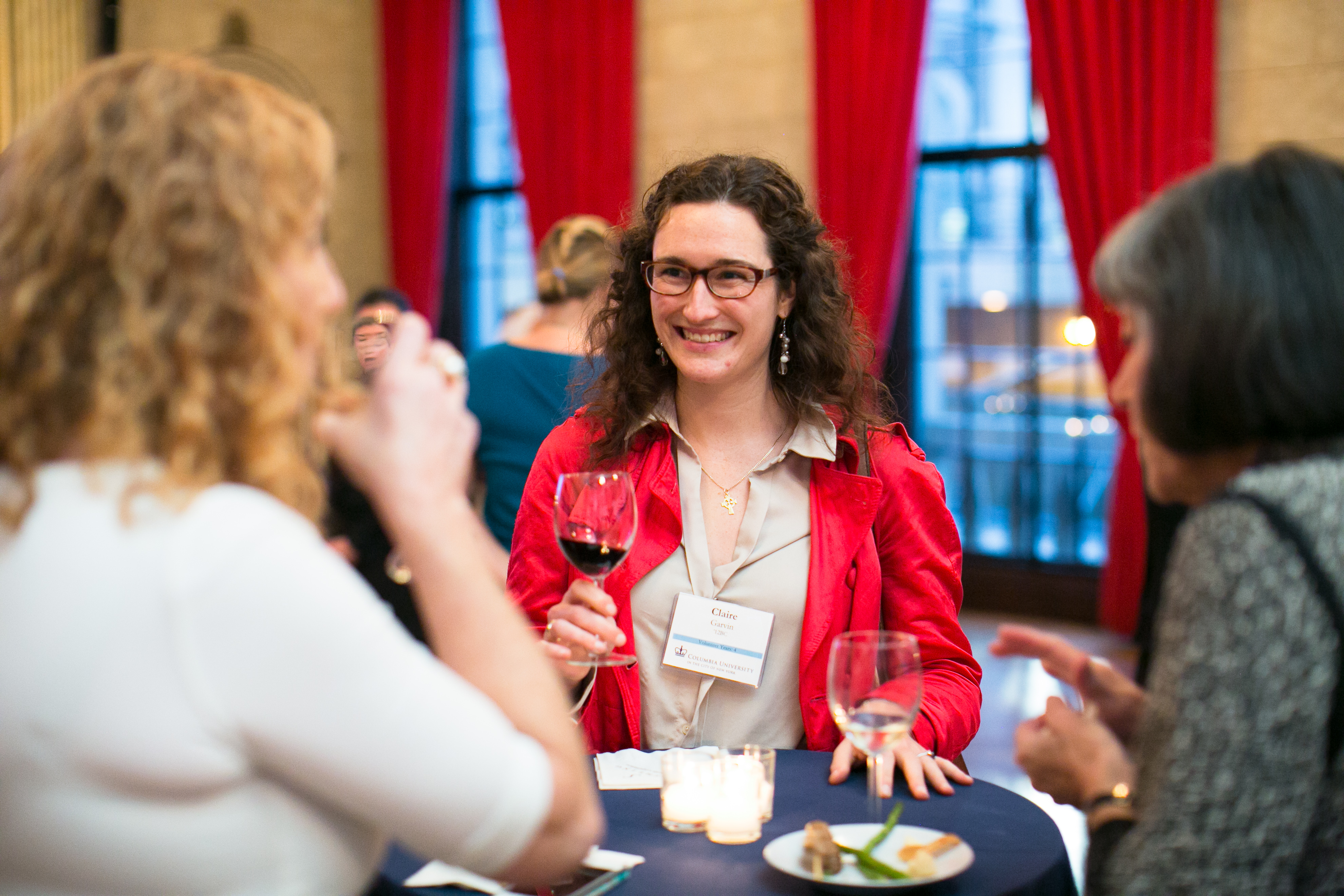 Lin-Manuel Miranda’s Hamilton recently won Columbia’s 2016 Edward M. Kennedy Prize for Drama Inspired by American History. The hip-hop musical based on Ron Chernow’s 2004 biography Alexander Hamilton reimagines the American Revolution and the early years of the Republic with a cast of predominantly Black and Latino actors. Ambassador Jean Kennedy Smith created the $100,000 prize, administered by Columbia Libraries, to honor her brother, the late senator from Massachusetts. This year’s jury, which included Columbia professors Farah Jasmine Griffin, Rashid Khalidi, and James Shapiro ’77CC, selected Hamilton because it “celebrates the evolving history of the United States, of hip-hop, and of the musical theater.” (For more on Hamilton, see Columbia Magazine’s Winter 2015 feature story “Hamilton is in the House.”) Read more of this article at Columbia Magazine.

The March Newsletter describes important challenges and inspiring opportunities for Columbia Alumni Singers. Please read it carefully. We welcome your reactions, comments, and suggestions, which should be directed to [email protected]. Thank you.

Who we Are: Sing Lions Sing!
CHANGING Our Schedule of Reunion Concerts (and Why)
FALL 2014 Homecoming College Songs Event
AT LAST CDs of our 2013 Concert & the Glee Club's '50s to '80s Concerts

As new fields of knowledge emerge, the nation's universities are growing to pursue the expanding missions of teaching, research, public service, and patient care. With only a fraction of the space enjoyed by our leading peers across the country, Columbia has had to face an especially critical need for space in a dense urban environment.

While Columbia is a globally respected academic center, it is also a vital local New York institution, committed to the economic, intellectual, social, and cultural vitality of our neighborhoods and city. In that spirit, together with our West Harlem neighbors, elected representatives, and civic leaders, Columbia has developed a plan for a mixed-use academic center that provides a long-term future of shared opportunity in the old Manhattanville manufacturing zone of West Harlem.

Check out the lastest news on campus

Stay connected! Click on any of the below for more information

Celebrating The Columbia Campaign and Our Future

The Columbia Campaign came to a close on December 31, 2013, and the University’s future is brighter than ever. In every area of study within the University and every pursuit in the common interest beyond it, Columbia and Columbians are moving forward with renewed energy. In scientific research, policy study, the professions, teaching, medical treatment, and more — we’re creating new knowledge, transmitting it to the next generation, and driving the future forward.

Thank you to everyone who expressed interest in our 2012 European tour! Unfortunately we have had to put the tour on hold... for now!

Since 1901, the Columbia University Club of New York has been a social, intellectual, cultural, recreational, and professional center of activity for its members. A private social club for alumni of Columbia University, the Club offers a gracious and welcoming environment conveniently located in midtown Manhattan with privileges at reciprocal clubs worldwide.